All milestones reached for Weyerhaeuser 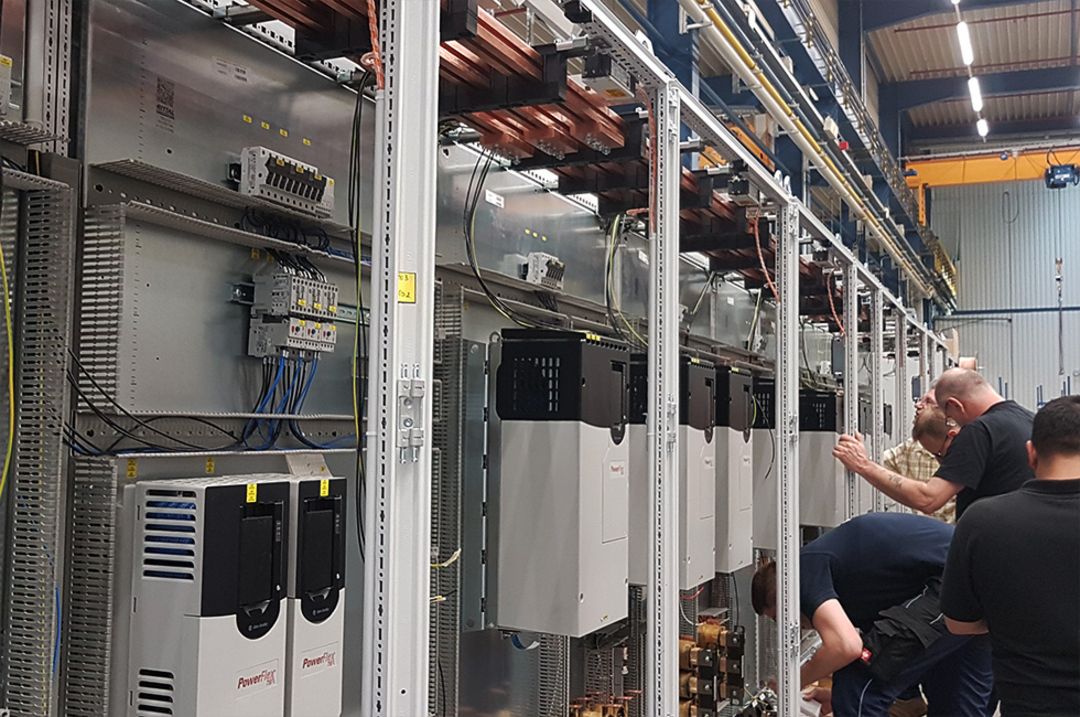 Upgrade of a ContiRoll®
for reliable plant availability

Weyerhaeuser, one of the world's largest forestry companies, operates an MDF plant in Columbia Falls, Montana, where a Siempelkamp ContiRoll® press line has been running for 20 years. Generally, Siempelkamp presses run reliably for decades. This level of reliability, however, requires functioning electronics.

The automation system of this giant of steel and iron consists of programmable controls, the central control system and a large number of electrical sensors and actuators as well as an electrical drive network of servo motors. Unlike the mechanical components, these electrical systems only have a service life of about 15 to 20 years. After that, the components are outdated, no longer run stable and are at risk for failure. Due to the fast development cycles in automation technology, systems are becoming outdated quickly and no longer correspond to the current technology. Since the replacement of individual components oftentimes fails due to incompatible interfaces, a comprehensive concept for the modernization of electrical systems becomes necessary. 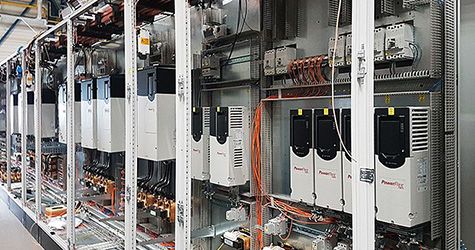 The schedule:
restart on day 17

In 2018 this topic became an urgent issue at Weyerhaeuser. Together with Siempelkamp experts, the company's specialists analyzed the entire system of the press line. The result: Only a comprehensive upgrade would ensure future production efficiency and availability. The entire hardware and software of the process control system and the machine controls as well as the complete electrical drive technology for the servo motors had to be replaced.

For SLS, extensive projects are standard. Every year the Siempelkamp service specialist modernizes several plants worldwide. However, for the Weyerhaeuser personnel at the Columbia Falls plant it was an extraordinary project. In particular, the shutdown was to be kept as short as possible in order not to interrupt production any longer than necessary. Based on the experience from similar SLS modifications, the project managers of both companies prepared a schedule. The goal: restart on day 17.

A prerequisite for such a tight schedule is the detailed preparation of all tasks and functioning teamwork. For this purpose Weyerhaeuser put together its own project team under the leadership of Kyle Cram. Milestones were agreed upon to monitor and control the project progress. These included, for example, complete check and approval of the circuit diagrams before start of control cabinet manufacturing at Siempelkamp. After their completion the Weyerhaeuser project team traveled to Krefeld to carry out a factory acceptance test at Siempelkamp’s factory. In addition, the team also tested the newly developed software for the machine and drive control and the software for the visualization. Some challenges only became apparent during the interaction of the various software components and were jointly solved. In the end, the Weyerhaeuser project team was confident that the rebuild would be successfully completed in the planned timeframe.

All steps were completed on schedule and without delays, and the key milestones were reached. Production was restarted as planned. The complete rebuild was accepted by the project managers of Weyerhaeuser and SLS without any problems. After this extensive upgrade, the availability of electrical spare parts and the service in the area of automation for the ContiRoll® press line is secured for the coming years. Once again, the key to the success of the project: the smooth teamwork between all parties involved.