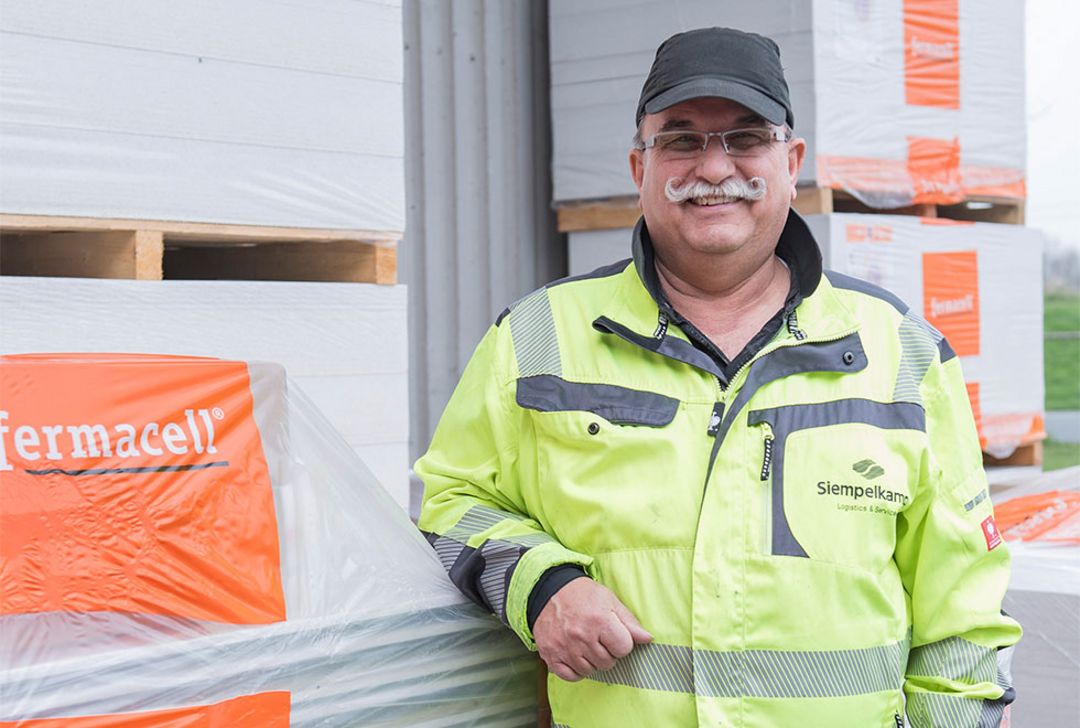 SLS delivers reliable project implementation with well-founded planning and efficient teamwork. A prime example: the modernization of the mobile cycle press for gypsum fiberboard at Fermacell.

A case for SLS,
the Siempelkamp service specialist

Fermacell, manufacturer of gypsum fiberboard, has been a Siempelkamp customer since the 1980s. In 1994 Fermacell started operating a mobile gypsum fiberboard press made in Krefeld. For most of its life the press, located in Wijchen, Netherlands, ran in continuous operation without problems before it started showing more and more production-related issues. The necessary repairs resulted in increasingly high production losses. At first only spare parts were part of the discussion, recalls SLS sales manager Ralf Virnich. But during the engineering project it became obvious that only a major overhaul would make economic sense. The upgrade was designed as a complete installation with SLS in charge, from technical advice to startup. 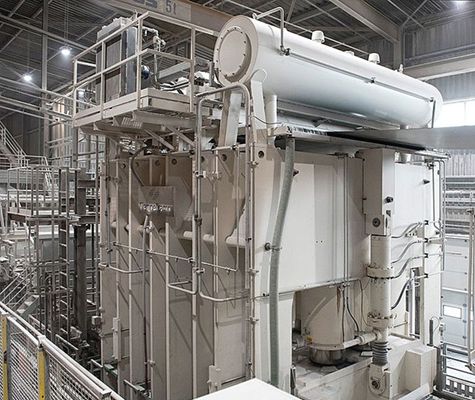 The timeline for the project: eight weeks. “This called for a tough schedule,” says Ralf Virnich, consisting ultimately of hundreds of hours of planning and coordination. The specific task for SLS was to replace various large parts of the press, as well as to upgrade the press hydraulics with new hydraulic components. This comprised the complete disassembly of the old components and the installation of the replacement parts, including hydraulics. The fact that the tight time schedule for the upgrade was kept was due to the expertise of SLS and KS (Kurt Schuhmacher Industriemontagen) as well as the optimal teamwork between all involved parties. While the project managers at Fermacell initially thought the hall roof would have to be removed for the disassembly and reassembly, SLS and KS had a better solution in terms of costs and time up their sleeves - a compact special crane capable of handling heavy payloads. Thus, the press could be replaced without requiring changes to the hall construction. Instead, the existing plant components were disconnected, the oil was drained, the oil tanks dismantled, the crane driven into the hall, the existing large press components detached and with the help of the crane completely removed and transported out of the hall. Without having to make changes to the hall construction the disassembly was completed and Fermacell could take care, together with SLS, of the preparation and measurement of the production axis.

Everything according to plan
including the logistics

The original plan was to put the new press components at Fermacell into interim storage for four weeks. This however would have triggered extra costs and additional work. SLS’s solution: The logistics department organized that the complete hydraulics were transported to Krefeld immediately after the disassembly. There they were overhauled at Siempelkamp Maschinenfabrik within three weeks, including the rewiring of the electrical system as well as the preliminary startups and tests at the facility. Following the successful test runs, the hydraulic unit was transported back to Wijchen, “just in time” as Lisges, SLS project manager, says. SLS was able to time the heavy transport in such a way that the parts were transported at night from Krefeld to the Netherlands where they were then directly available from the truck for the installation at the factory. Interim storage became obsolete. Thus, the new and overhauled large press components could be immediately reassembled.

The common startup issues also did not influence the time schedule in any way. The daily meetings between Fermacell and SLS/KS personnel ensured direct reconciliation and quick solutions. “If you still need three hydraulic 90-degree elbows and you have only one, it seems like a minor thing. Nevertheless, you need them,” explains Ralf Virnich. In this situation the customer reacted excellently by simply letting the SLS technicians take these missing parts from its warehouse.

“No matter how, the main thing is that the customer gets what it needs as quickly as possible.“

And this is what Fermacell got: production resumed by the scheduled date. The project was successfully completed.

Insight
The upgrade in pictures

In terms of time the project was spot-on. Did everything else go as planned?
Jos Kraaijkamp: “Yes, everything turned out well. We stayed right on schedule and stayed within the budget. We really liked the cooperation with SLS. Overall it was a “demanding” project for all involved, but in the end the new press started up on schedule - despite all challenges.”

What were the biggest challenges in implementing the project?
Jos Kraaijkamp: “In short, everything went well, however, there were a few challenges. The installation alone inside the hall with the help of the special crane and the timeframe of only eight weeks for the modification were challenges. Actually, in the beginning, a longer timeline for the upgrade was planned. However, that would have meant longer downtimes for us which we wanted to prevent. So together with Siempelkamp we went back to the planning phase and re-designed the modification for only eight weeks.”

So altogether the project implementation met your expectations?
Jos Kraaijkamp: “Yes, it has. Of course, such a large project requires constant management. For example, each evening the project management of our company met with the assembly management of SLS and the responsible installation technicians from KS to discuss the current status of the project. Thus, we were able to respond to current issues which occasionally arise during projects of this size.”

What added value does the new press have for you?
Jos Kraaijkamp: “The key reason for the upgrade was that we expect to have fewer disruptions and unplanned downtimes in the long term. That’s why we decided to replace the old mobile cycle press like for like with a new one. However, the frame has a different shape now and the entire calculation is based on the latest technology, of course. This alone will bring along improvements. These will become evident over time.”

If you had to describe the cooperation with SLS in one word, which would it be and why?
Jos Kraaijkamp: “What I like especially is SLS’s great flexibility. Here is an example: During planning we had gained almost one full week. So as not to lose this week, the heavy parts had to arrive sooner than originally intended. The problem: These parts could only be transported via heavy-duty transport vehicles for which special authorizations are required. The organization of the authorizations and transports by SLS were first-class. The time we had gained during planning remained. We are planning future work with SLS. As a customer you only do so if you are satisfied.”